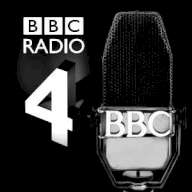 Bar Mitzvah Boy
by Jack Rosenthal, Adapted for radio by Amy Rosenthal
A radio version of Jack Rosenthal's award-winning television play about a boy having his Bar Mitzvah - the ceremony in which a thirteen year old becomes a man in the Jewish faith.
At the tender age of thirteen Eliot Green is about to become a man - in the Jewish religion at least. In synagogue, in front of the whole congregation, he will read and sing in Hebrew from the Torah (the Hebrew scrolls) - this after a year of intensive tuition. Later he will enjoy receiving gifts from relatives and friends as he celebrates with them at his Bar Mitzvah party.
All eyes are on Eliot as he is called up in synagogue for his big moment! But is he ready to become a man?
This play along with many others established the late Jack Rosenthal as one of Britain's best loved television writers. A master at creating characters that you could recognise and empathise with, his plays were always sharp and finely tuned with a rich helping of humour.
This new version of Bar Mitzvah Boy is specially adapted for radio by Jack's daughter, the playwright Amy Rosenthal.
Produced and directed by David Ian Neville.
Credits
Role Contributor
Eliot Hugo Raine
Rita Tracy-Ann Oberman
Victor David Horovitch
Grandad Andrew Sachs
Lesley Susannah Wise
Harold Jonathan Tafler
Rabbi Sherman Peter Majer
Denise Maya Gerber
Squidge Sam Cummings
Synagogue Cantor Rabbi Mark L Solomon
Director David Neville
Producer David Neville
Adaptor Amy Rosenthal
Writer Jack Rosenthal
The Rosenthals: Cold Enough For Snow
Jack Rosenthal's comedy drama, adapted for radio by his daughter Amy Rosenthal, follows two sets of parents in 1996 who plot to keep their children apart whilst they're studying to get into university. But it isn't the children they should be worrying about....
Jack was a prolific and much-loved dramatist and this is the second of two linked comedy dramas he wrote in the 1990s (The Rosenthals: Eskimo Day aired last week and is currently available on BBC iPlayer). Amy has adapted her father's plays for radio and written a new play, The Rosenthals: Thin Ice, inspired by what happened when she went to university (airs Monday 8 May 2.15-3pm).
Both of Jack’s plays had a huge impact when they were originally broadcast on TV. The last play saw Pippa and Neil arrive from Cheltenham and Blackburn respectively for their interviews at Cambridge. Now, they're working towards their A levels. And as their future looks uncertain, both sets of parents realise quite what a turning point this is in their own lives.
Cast:
Shani Whittle.....Pooky Quesnel
Bevis Whittle.....Nicholas Gleaves
Hugh Lloyd.....Ben Miles
Harriet Lloyd.....Lucy Robinson
Neil Whittle.....David Moorst
Pippa Lloyd.....Rosie Day
Gordon Callow.....Ben Jones
Rose.....Georgie Glen
Miss Bodley.....Sarah Ridgeway
Carmela.....Sarah Ridgeway
Lingerie Assistant.....Maeve Bluebell Wells
Pete.....Simon Ludders
Tony Groves.....Tom Forrester
Lecturer.....Emilio Doorgasingh
Master of Ceremonies.....Charlie Clements
Invigilator.....Philip Fox
Eskimo Day
Drama, The Rosenthals
by Jack Rosenthal
adapted for radio by Amy Rosenthal
1996 and it's interview day at Cambridge University. As well as nerves, hopefuls Pippa from Cheltenham and Neil from Blackburn must also endure the embarrassment of their parents' company. But as the day progresses, it's seems it's not the children who are most in need of help.............
Written by Jack Rosenthal
Adapted for radio by Amy Rosenthal
Produced and directed by Marion Nancarrow
Playwright Amy Rosenthal's father, Jack, was a prolific and much-loved dramatist and this is the first of two linked comedy dramas he wrote in the 1990s ("Cold Enough for Snow" follows next Saturday). Amy has adapted her father's dramas for radio and written a new drama, "Thin Ice", inspired by what happened when she went to University. It follows "Cold Enough for Snow" in the drama slot at 2.15 on Monday 8th May.
A stellar cast includes Ben Miles (Wolf Hall, The Crown), Pooky Quesnel (The A Word), Nicholas Gleaves (Scott & Bailey) and Lucy Robinson (Cold Feet). Real-life father and son, Timothy and Samuel West, guest star as fictional father and son, James and Simon. Simon's a University lecturer trying to juggle interviews and persuade his father to go into a home. But his father is not quite ready to give in yet....
The potential Cambridge students are played by Rosie Day (Outlander; Screen International Star of Tomorrow) and David Moorst (Winner of the Emerging Talent Award at the London Evening Standard Theatre Awards 2015).
Credits
Shani Whittle Pooky Quesnel
Bevis Whittle Nicholas Gleaves
Hugh Lloyd Ben Miles
Harriet Lloyd Lucy Robinson
Neil Whittle David Moorst
Pippa Lloyd Rosie Day
James Poole Timothy West
Simon Poole Samuel West
Mother Polly Georgie Glen
Mme Olga Georgie Glen
Miss Bodley Sarah Ridgeway
Rosemary Sarah Ridgeway
Isobel Wilding Maeve Bluebell Wells
Rosemary's Dad Simon Ludders
Big Issue Vendor Simon Ludders
Student David Sturzaker
DJ David Sturzaker
Care Home Interviewer Chetna Pandya
Writer Jack Rosenthal
Adaptor Amy Rosenthal
Director Marion Nancarrow
Producer Marion Nancarrow
The Rosenthals: Thin Ice
This tribute from playwright Amy Rosenthal to her father, the award-winning dramatist and writer Jack Rosenthal, is part of a trilogy of plays being broadcast on BBC Radio 4.
Amy adapted two of his plays, The Rosenthals: Eskimo Day and The Rosenthals: Cold Enough for Snow, for Radio 4 which were broadcast in the last two Saturday Drama slots (currently available on BBC iPlayer). This play is her tribute to him, inspired by an unusual pact they made when she - very reluctantly - went to university in 1993.
While her father’s plays explored empty nest syndrome from the parents' point of view, Amy’s play looks at it, as she describes it, from the bird’s perspective.
Amy introduces her play and talks about how her view of her father's plays and stories has changed with the distance of 20 years. Jack Rosenthal died in 2004.
Cast:
Ben....Richard Lumsden
Edie.....Georgia Groome
Tasha.....Helen Monks
Julia.....Susannah Wise
Danny.....Sam Perry
Josh.....Charlie Clements
Porter.....Sanchia McCormack
Director/Producer: Marion Nancarrow for the BBC